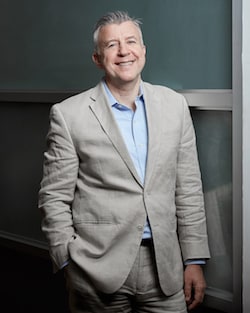 Paul O’Dwyer is an established immigration attorney with over twenty years’ experience in all aspects of immigration law, with a strong focus on asylum and removal defense. Mr. O’Dwyer represents a large number of asylum applicants who fear persecution because they are LGBT or because of gang violence in their home countries. He has litigated many complex asylum and removal cases in immigration courts and in federal courts, including “TRIG” and “CARRP” terrorism and national security cases. Mr. O’Dwyer has also represented employers and individuals in a variety of employment-based immigration cases, including investment visas, as well as family immigration. He also practices family and matrimonial law, and general civil litigation. In 2012 he won a $1.2 million verdict against his client’s former immigration lawyer, one of the highest verdicts ever issued in an immigration malpractice case.

Mr. O’Dwyer’s recent immigration successes include reopening a Torture Convention claim for a former child soldier and gang member from El Salvador (2014), getting agreement from the government to vacate a finding that his client had provided material support to a terrorist organization (2015), reopening a deportation order for a hearing on asylum based on a fear of gang violence in Mexico as a returning deportee and long-term US resident (2017), and several employment-based petitions based on extraordinary ability as well as investment visas for entrepreneurs. Mr. O’Dwyer has successfully sued USCIS on numerous occasions to compel adjudication of delayed immigration and naturalization applications, in particular those filed by nationals of particular Middle Eastern countries.

Mr. O’Dwyer’s immigration cases have led to a number of important federal court decisions, including the right to file a late motion to reopen based on ineffective assistance of counsel (2005), the right to have a naturalization case heard in federal court if USCIS does not issue a decision within the required time (2009), establishing the standards for motions to reopen asylum cases based on changed country conditions (2010, 2014), the right to an adjournment of a removal case in immigration court while waiting for a visa petition to be approved (2010), and the standard to be applied to claims of legal malpractice in immigration cases in New York State (2014).

Mr. O’Dwyer is a graduate of the National University of Ireland and the Honorable Society of Kings’ Inns, Dublin. He was admitted to practice in New York State in 1990, and since then to numerous Federal Courts of Appeals and District Courts nationwide. Mr. O’Dwyer is a former chair and current member of the National Refugee and Asylum Liaison Committee of the American Immigration Lawyers Association, a former member of the New York City Bar Association Committee on Immigration and Nationality Law, and is a regular writer and speaker on panels and seminars on immigration law. He is a former Special Counsel on immigration matters to the Disciplinary Committee of the Appellate Division, Supreme Court, First Judicial Department, and has been consistently voted a “SuperLawyer” and one of the top immigration lawyers in the New York metropolitan area.